The Tafelmusik Baroque Orchestra recently launched their own CD label, and is re-releasing a number of their considerable catalogue of titles no longer available on the original labels. Some of those labels no longer exist at all – such is the classical recording industry, but that’s another story.

One recent re-release was their recording of Bach’s Brandenburg Concertos, originally recorded at Toronto’s Glenn Gould Studio. I was involved in the fourth concerto, the one calling for soloists on violin and two alto recorders. As some of you know well, the two recorders are a team, and soloists indeed, but not quite in the same exposed capacity as the violinist, who has many more (and some fiendishly difficult) notes to play. Sometimes the recorders play while the violinist doesn’t, but usually we back up, we echo, we play along –  if Brandenburg IV could be likened to a Supremes number, the recorders are  Mary and Flo to the violinist’s Diana Ross (but without the cool outfits).

Anyway, having the opportunity to record this wonderful piece of music, which I’ve played many, many times before and since, was a total pleasure and honour; and it was a particular delight that my partner in recorder land was the sunny and exuberant Marion Verbruggen. Also, the producer on the project was a highly celebrated German gentleman who had produced all the early groundbreaking LPs featuring Brüggen, Leonhardt, Bijlsma, the Kuijken brothers, etc. Though he could be tough and sometimes inscrutable, he was one of the best in the business – maybe being tough and inscrutable had something to do with that, along with his golden hearing.

As the recording sessions approached, Mr. Golden Ears began to express some concern that ‘the second flute is very small.’ After hearing this concern mentioned for a third time, the mystified music director finally asked him what he meant. Though our recorders might differ a bit in their appearance – type of wood, decorative turning of the wood at the joints, and other more subtle variances – Marion and I were both using alto recorders, the same size…so what exactly was the problem? Turned out that the producer was referring to my height. I was significantly shorter than Marion, and since the the plan was to use only one microphone on the pair of us, my shortitude was a source of concern. I would be further away from the microphone than Marion, which would create a real balance problem. What to do?

Let’s hear it for ingenuity, and for people who paid attention in cabinetry class. He might have made me buy and wear some ankle-breaking platform shoes, but no – Mr. Golden Ears had a personal riser built for me, about forty centimeters square and complete with a kickrail so I wouldn’t fall off. After a life spent as the shortest person in every group photo I’ve ever been in, I was instantly almost six feet tall. It was kind of great at first, a new and higher perspective on my surroundings but without nosebleeds or shortness of breath.

As usual, however, there was one little drawback. Marion and I had planned to achieve the required forte and piano ‘echo’ effects in the slow movement mostly by turning away from the microphone and back again; but, standing on my tiny Tower of Tallness, I couldn’t take a real step in any direction, let alone make 45-degree turns back and forth. Somehow or other I managed to move around enough for the desired musical effect, though it was a bit of a challenge. I do remember that when the three hours were up I wondered if a trip to the chiropractor might be in order… 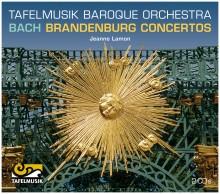