Though I wasn’t a private student of hers any longer, I played until I was sixteen or so in a small consort for teenaged recorder players which Isabel Smaller continued to coach. For several years, Isabel would collect my friend Janet and I from our homes on Sunday afternoons and drive us out to what seemed like the middle of nowhere for a couple of hours of consort playing. It was usually a group of three or four, recorder playing not being a trendy activity in the minds of high schoolers – plus ça change, but anyway…Occasionally we were joined by people either a bit younger and/or very much older, but it was usually just three teenagers with recorders and one with a guitar. Isabel found opportunities for us to perform at the Unitarian church where we rehearsed, for CAMMAC* events and at other functions, and when we were all fourteen-ish she took us to play at a music education conference in Charlottetown, PEI. I found the conference boring, what with all the adults around, but the red soil of PEI was some of the coolest dirt I’d ever seen. I loved Charlottetown and I’m happy to have been back to play there several times since.

Isabel also entered us in the Kiwanis Music Festival a number of times, usually in the “Recorder Ensemble, Open” category, which meant that there was no age limit for the competitors. Though I appreciate the ‘performance-under-pressure’ opportunity they provided, those Kiwanis competitions were usually a bit strange. We often ended up competing against grade school groups, which was thoroughly awkward. In one particular year there were only two entries in the class – a grade 4 school group, and ours. The school children were eight and nine years old, we were fourteen and fifteen; they’d been playing in school for a year or two, we’d been playing since we were their age; they played with several people on each part, we played one-on-a-part. Our group played part of the Hindemith trio and something from the 17th century, I guess, maybe Jenkins or Gibbons; the school group played something like Amazing Grace and Git Along Lil’ Dogie.

This type of class still exists in music festivals today, and it’s great because it provides anyone and everyone an opportunity to enter the festival regardless of their age. If a string quartet made up of middle-aged doctors wants something to work towards, this kind of class awaits them, where they might be pitted against the Happy Acres Ensemble and chamber ensembles from arts high schools. It’s all fine as long as the playing field is more or less even. But every once in a while it isn’t, as was often the case with the recorder ensembles.

Anyway, the school group played very well, and we did pretty well too I guess, but for the adjudicator it must have absurd. On one hand, the choice for first and second prize between two groups so different in age and skill level might have seemed like a no-brainer, but actually making the choice was totally ludicrous and unnecessary. These events are supposed to be positive, encouraging experiences for the competitors, especially the younger, less seasoned ones. As long as I have memory, I’ll always recall how that adjudicator dealt with the situation, with his wise but uncommon decision in the competition-oriented, winning-supposedly-means-everything, music festival world. He strode to the front of the room, congratulated everyone on a job well done, made some good suggestions for both groups, and announced to the assembled mini-multitude that he was going to make it – a tie for first. Absolutely brilliant.

And I often remembered this guy whenever I ended up in his position, as an adjudicator at Kiwanis Festivals in Ottawa, Guelph, Halifax and Sarnia. In Halifax there was a woman much like Isabel, whose name was Priscilla Evans. She seemed to run her recorder teaching studio with a devotion and intensity reminiscent of Isabel’s, and just like Isabel she went far above and beyond the call of duty when she believed her students warranted that kind of support. She also seemed to be able to keep several of her students interested in ensemble playing through their high school years, which was no mean feat; and consequently the ‘open’ recorder ensemble classes at Halifax’s annual Kiwanis Festival were always interesting, inspiring, and fun to adjudicate.

My mother and I moved back from the UK to Canada a few months before I turned ten. I remember the precise date we travelled, October 8, because it was the day before John Lennon’s birthday (I was, and remain, a big Beatles fan). We moved in with my mother’s younger sister, her husband and two small children – how generous of them that was – and began the process of settling in. My mother searched for a job, a school for me, and among other things, a recorder teacher.

It didn’t take long to find Beate, the kind and self-effacing expatriate German woman who played the recorder and very conveniently lived right next door. It was with her that I first played duets, short dance and folk song tunes from little books featuring the same Old German script I was to re-encounter in 18th-century facsimile editions of Quantz and his ilk. It was a lot of fun playing duets with Beate, though at first I was a bit freaked out by the strange buzzing I heard as we played together. This production of difference tones is the normal result when two co-existing high frequencies team up to produce a third one, but I’d never heard this so clearly before, and I really thought there was a swarm of bees in the room.

My next teacher Isabel Smaller lived a few blocks further away, across the neighbourhood junior school’s football field. As I’ve described in an earlier post, Isabel made most of her living as an itinerant recorder teacher for the Toronto School Board, but also taught a few people privately at her home, and coached small ensembles at a Unitarian church further out in the suburbs. I have fond memories of many rides in her off-white coloured VW Beetle, the back seat of which was strewn with stray plastic recorder pieces, recorder cases, method books, photocopies of fingering charts, cleaning swabs, cork grease containers, pencils. Making a space for yourself in the rear of that car was an adventure, like excavating a Cabinet of Blockflute Curiosities. 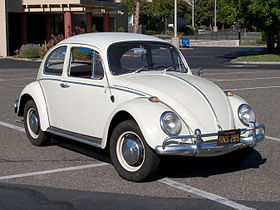 I owe a big debt of gratitude to Isabel, both for what she taught me herself and for the opportunities she found and made available to me. When I was eleven she put my name in for a scholarship from the Canadian Amateur Musicians organization (CAMMAC) to enable me to take lessons with Hugh Orr. Hugh was one of the two leading names in the Canadian recorder world at that time, and lessons with him cost more than any single parent could afford. Very fortunately for me the executive of CAMMAC offered a scholarship for 50% of my tuition fees, and so for the next two years I headed to Hugh’s place every week for private and consort lessons. Thank you Isabel, thank you CAMMAC!

Every time I look back on this part of my life, I’m increasingly grateful. The private lessons were enlightening, rich and demanding; but on top of those, I got to play Bach fugues and Renaissance fantasias in a recorder quartet with my teacher and two other kids my own age who played really well, all before I reached my teens. Learning to play in an ensemble where the parts weren’t doubled, learning how to listen to the other voices while playing my own, how to tune, how to find my way back into the piece if I got lost, at that age – well, it was a wonderful and rare opportunity. I didn’t really realize that at the time, all I knew was that it was always loads of fun, and sometimes very challenging. Later on I would teach people coming into university and college who had never played any consort music at all, ever, but I’d had six years of it before I hit university. Such good fortune.

Hugh, having some fun.

Hugh was an extraordinary teacher. Trained on piano and cello, he was self-taught on the recorder and had the most remarkable analytical skill at solving pretty much any technical problem one might have. I learned a lot about playing the recorder from him, but also how to practice and how to problem-solve. Though he was to be my professor at university a few years later, too, I learned some of these important things as a child in those first two years of lessons. He was anything but fond of public performance and so did very little of it, but he was a very busy player in the radio, TV and jingle world. I’ve played with a lot of people and I’ve never seen anyone come close to his composure, musicality and accuracy in front of a microphone.

He also wrote a two-volume recorder method,* still one of the best available for its careful descriptions of technical questions, helpful photographs, and for the music contained in its two volumes. It’s a particularly good method for older beginners. Years later, when I headed across the Atlantic to study at the Schola Cantorum Basiliensis, my teacher there asked that I bring her some copies of Hugh’s books. Turns out she used them with some of her Schola students, some of the young hotshots of their countries, to help them with basics like hand position, left thumb technique, and more: she said one of Hugh’s pictures was worth more than a whole lot of words.